Skip to content
March 2, 2016June 22, 2017 Sheri Yates
When I was young, everything got negative attention. Every negative thing I did was highlighted with a flashlight. When I became a mother, I vowed never to treat my kids in that manner.
One day, Chandler spilled her third cup of milk all over my floor—the carpet, of course. I thought I was going to lose it. 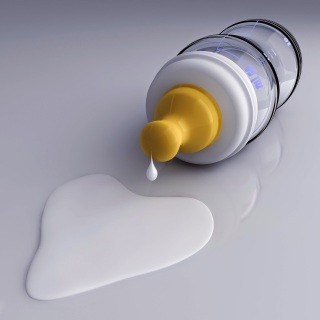 Chandler’s milk spill actually happened later on the same day I vowed not to lose it. So every time she spilled her milk, I responded with, “No problem.” I really said it behind gritted teeth because I did see it as a problem. I didn’t like the spilled milk everywhere; I was the one who had to clean it up. Still, I refused to respond out of my emotions, so I said, “No problem.”

Chandler and I laughed together. We talked about the fact that God and I loved her so much and that would never change. No matter how bad the milk spill was, no matter how bad her mistakes were, God would always love her and so would I.

While I was sitting there, laughing and having a wonderful conversation with my child, telling her she’s not defined by her mistakes, I realized I did not fully believe that about myself. Deep down, I had based my whole identity on my mistakes. The constant criticism I received as a child played within me like a broken record. Every single time I failed, I was treated to that inward refrain: “You’re a failure.” Whenever I had the opportunity to try something new, I would turn it down. I would think, “Oh, I’m not good at that. I don’t want to try it because if I do, I may fail.” I wasn’t willing to take risks or venture outside of my comfort zone. I was afraid of failure.


Then I read Jeremiah 1. God said to Jeremiah, “Before I formed you in the womb I knew you, before you were born I set you apart” (Jer. 1:5 NIV). I also read in Ephesians that God “chose us in him before the creation of the world” (Eph. 1:4 NIV). God chose me; He formed me. God strengthens and protects me. He equips me to follow Christ, even when it’s outside of my comfort zone. That is my identity. I am not defined by the mistakes I made. What matters is who I am in Christ.

Now I take captive all of those negative thoughts and the broken record of parental criticism, and I replace them with the truth of God’s word in Jeremiah and Ephesians.

Now I choose to believe by faith in the truth of who God says I am, even when I don’t feel that way. I know I can rely on my identity in Christ. I know who I am. I am not defined by my actions. My mistakes don’t make me a mistake. I take negative thoughts captive in my own mind, and it makes me a better mom every time the milk is spilled.

Today I can tell my children without reservation, without gritting my teeth and grappling with frustration, that their identity is in Christ and a milk spill is no problem.