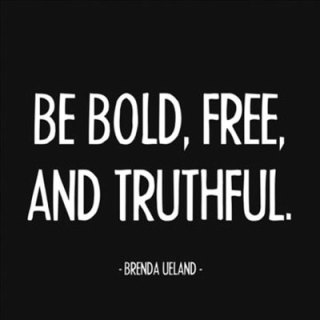 If the only way you are pulled out of a bad mood is when other people say nice things about you and pour on loads of encouragement and praise, then you are not mature in Christ. The truth is that those who are leaders, those who are mature in Christ, can pull themselves out of the pit. The world will come against them and knock them down, but it won’t matter if no one has anything nice to say because they stand in the promises of God.
They focus on who God is and remember what He has done. They find something to be thankful for and pull themselves out of their discouragement because God is worthy and He is good. That is how you go from being an infant in the faith, on a spiritual diet of soft food, to a leader who is on real meat—someone who is stable and has longevity and loyalty.
Those people can pull themselves out of the pit because they turn to the Lord for strength and renewal. Look at 1 Samuel, chapter 30. When David and his men returned to where they had been living, they found everything burned and their wives and children gone. They were beside themselves with grief. On top of that, David’s men started to turn against him. They were talking about killing him!
David could have given into despair, but instead he “found strength in the LORDhis God” (1 Samuel 30:6 NIV). With God’s guidance and help, David and his men defeated the Amalekite raiding party, recovering their wives and children and all of the plunder.
David could have given up. He could have run away. He could have let himself be killed. But he was a leader. He didn’t wait for his friends to pat him on the back and feed him ice cream and tell him that everything would be okay. David’s friends were in bad shape, too—bad enough that they wanted to kill him, right?
David took the leadership position. He turned to the Lord and took action under His guidance. If he hadn’t done that, if he had given up, all of those wives and children would have been lost. God rescued all of those people and restored to David and his men what their enemies had taken, all because David turned to the Lord and refused to throw in the towel!
We need to learn to encourage ourselves in the Lord and not always rely on other people to speak the truth to us. We need to be proactive about it. We need to seek knowledge of the Lord, that we may grow in our understanding of who He is. We need to remember and speak of the things God has already done and be mindful of the work He is doing in our lives now. Remember His blessings!
This God-centered mindset helps us not only to encourage ourselves but also to build up others. We start to see other people as God sees them and not through our own worldly, critical eyes. When we are encouraged in the Lord, we are more likely to speak in an encouraging voice. We are more likely to be generous. We are more likely to forgive and forget. We don’t keep a record of wrongs. We don’t fixate on other people’s flaws. When we are encouraged in the Lord, we are better equipped to love as God wants us to love and to run with humble confidence the course He sets for each of us.